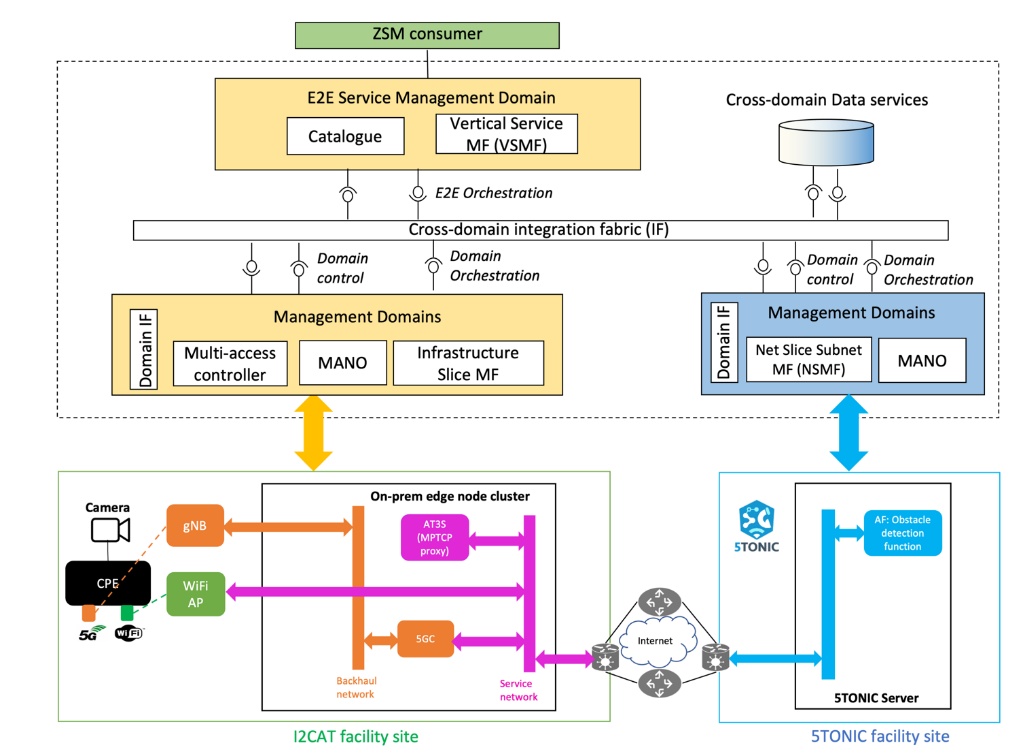 The ultimate purpose of this PoC is to demonstrate the ability to provision a 5G private network tailored for an industry 4.0 service, upon request (on demand), with no human intervention (zero-touch). In particular, the PoC will showcase the automation capabilities of ZSM-compliant management solutions developed in 5GZORRO and 5G-CLARITY projects for the provisioning of a Public Network Integrated Non-Public Network (PNI-NPN) intended to enhance Autonomous Guide Vehicles (AGV) navigation in a factory for intralogistics. In relation to 5GZORRO vision, this scenario represents a cross-domain slice deployment in which resources and functions from two different domains will be combined and configured building up a separate end-to-end network slice that ensures performance and security isolation. 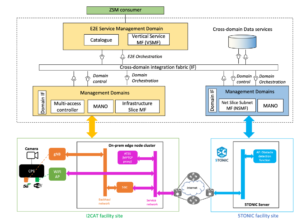 Figure 1 depicts the architecture of the PoC with management functions positioned into the corresponding management domains in accordance to the ZSM framework. The network and service management functions, depicted on the upper side of Figure 1, include in the E2E level as well as in the domain specific level several components from the 5GZORRO Marketplace (such as the Catalogue) and Orchestration platforms (such as the VSMF, the NSMF and the Infrastructure Slice MF, as part of the 5GZORRO Network Slice and Service Orchestrator (NSSO)).

As illustrated in Figure 1, for the PoC demonstration the i2CAT lab facility provides the environment that mimics the on-premises factory infrastructure for the deployment of the private 5G network segment composed of the access domain (5GNR+Wi-Fi6 technologies combined with the use of AT3S functionality), the transport domain (L2 Ethernet network) and the core domain (5GC). Whereas, the 5TONIC lab represents the telco edge of the public network segment used to host the application function (i.e. the obstacle detection function). 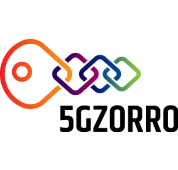 We use cookies (and other similar technologies) to collect data to improve your experience on our site. By using our website, you՚re agreeing to the collection of data as described in our Data Collection Policy.